Its been a great day attending the Healthcare Information Technology (HIT) platform discussion organized by Ken Mandl and Isaac Kohane (See #ITdotHealth on Twitter). They recently proposed creating an “iPhone like” platform for HIT. There were some great discussions and interesting updates including those provided by Aneesh Chopra, the Fed CTO, Todd Park, HHS CTO and several other luminaries.

This development is particularly exciting for us at TrialX for several reasons. We come from a HIT background and are passionate about creating innovative, next generation Healthcare Information Systems. Systems that are designed to be inter-operable, extendable and scalable from the ground up. A critical bottleneck with current systems, particularly, Electronic Health Records (EHR) is the difficulty of moving data out of the system and sharing it meaningfully with another system while preserving the semantic mapping of data elements across the two systems (so that “blood pressure” maps to “bp” in the two systems). The lack of easy availability of the data and the ability to build on top of an existing system has left the HIT landscape fragmented and dependent on individual vendor companies to build new functionality. We need an open, simple, developer-friendly way for HIT systems to talk and exchange data. In short,

1. HIT is plagued by layers and layers of proprietary code that locks-in the data
2. Standards are usually too “heavy” or used in non-standard ways making data integration a nightmare
3. Developing an “App” over Twitter, Google Maps or Facebook takes 1-2 days. But a relatively simple HIT App takes months! No wonder you don’t see Mashups or Apps being created in this domain.

These are some of the reasons why we have built our technical architecture at TrialX to avoid the critical problems of HIT systems. Our architecture aims to achieve extensibility of the data model, perform in-built mapping of data elements to standard vocabularies and provide the data to third-party systems through a simple access protocol. For example, all the clinical trials and patient data in our database are indexed using standard semantic vocabularies. For a condition, lets say high blood pressure we have mappings of this to other equivalent terms such as hypertension, increased blood pressure and so on, based on a collection of knowledge from several biomedical vocabularies. This makes it simple for us to share or import data with other health data systems such as Microsoft HealthVault, Google Health and content partners such as CenterWatch.

Next our data model itself is highly extensible. Instead of complex relational tables, we use a schema-free data model similar to that of Google’s Bigtable and Facebook’s Cassandra that allows us to capture, store and query rich set of health information with faster performance.

Coming to data exchange protocols, as pointed out on his blog yesterday, Dr. Halamka points out the need for having APIs to extract data from systems. We have seen the power of the APIs in other web 2.0 sites. And so we have exposed our entire matching technology and clinical trials search ability via a REST-based TrialX API. For example, the Clinical Trials Widget, the upcoming Clinical Trials iPhone App and Clinical Trials Twitter App, use the same underlying API to send all matching requests to our server. So in effect, we have created different interfaces to the database but all through a single standard data request format as specified in our API. As, Professor Regina Herzlinger, eminent Harvard economist and Alfred Spector of Google mentioned during the event, give the API out and then let the developers innovate!! We have seen this really work for us.

As we progressed with building TrialX, beginning in January this year, we began toying with the idea of carving out elements of the TrialX technology and make it available to support the development of a new generation of HIT systems (we received positive responses from folks we presented this to). The project was internally code-named, Moksha, a Sanskrit word that means liberation. In this context liberation of data from locked silos and freedom to use it meaningfully, (thus explaining the slogan, ‘Why Federate, When you can Liberate’). Moksha was inspired by some other successful models, including the Google Android and to some extent, Drupal and we see it very much aligned with the philosophy of the platform proposed by folks at CHIP. The Android can sit on a number of different hardware platforms, hiding the underlying hardware complexity from Android App developers. In that respect elements of Moksha can serve to create the EHR/HIT API framework (perhaps we can call it the EHR OS), providing several standardized core services, abstracted over different EHRs. Elements of the Drupal model can help create the architecture for building functional modules (or Apps) and provide a way for modules to form the presentation layer, with each module providing its HTML elements to create one complete page of the system (Drupal generates each page dynamically with modules providing their HTML at run time, with the core engine calling theme functions to assemble each block into a cohesive page).

The goal is to make it easier for developers to write usable Apps that run across systems and can be developed without spending months trying to integrate with an EHR or just understand its complex data model. Moksha could sit on top of existing EHRs and expose the underlying data through a common API and developers can build on top of this API (arguably a tough sell for vendors), providing a collection of Apps to chose from. Of course many details need to be figured out, particularly with respect to making the Apps work within existing systems.

This event and the growing discussions, underscore the need to catalyze the much needed innovation in HIT. And to do so NOW! As a innovative startup, we are committed to doing our bit to make this HIT Platform come alive. We have certain technical pieces and enthusiasm and what is better than to get it going. After all, we could all achieve Moksha!

Stay tuned as we release some of our internal technologies and system design concepts under the MokshaProject.org to support the HIT Platform vision.

TrialX’s Sleep Tracking and Self Management App gets published in SLEEP, the Journal of Sleep and Sleep disorders research.

Sleepfect tracker, a researchkit based cross platform app, was created to help users keep track of their sleep patterns and behavior and thereby improve sleep health. The app also explored the feasibility and acceptability of a… 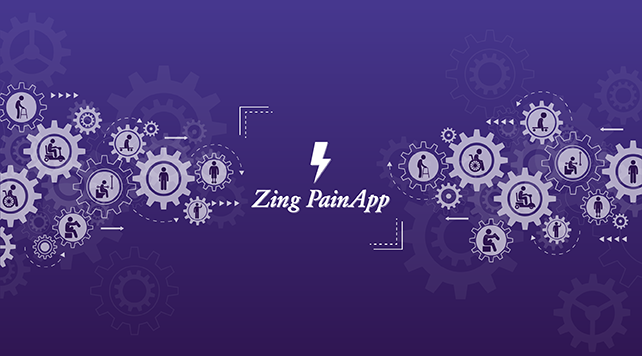 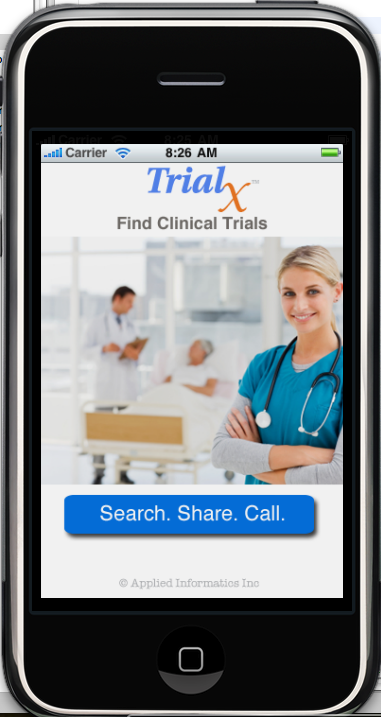 Putting Clinical Trials Search in Your Hands (literally), with an iPhone app!

For the past few weeks we have been actively working on a cool new iPhone application that will empower health consumers, patients and doctors to find clinical trials anywhere, anytime. We have always been focused on…