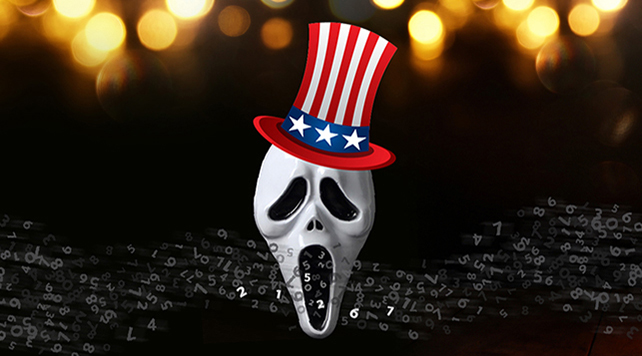 Do you hear that? It’s the sound of silence in an academic medical center office, where phones have not been ringing for some time. I’m going to tell you the secret tale about why the phones have stopped ringing. Whosoever finishes the journey to story’s end should beware of the curious creatures that lurk in between the lines.

This is a seasonal story about clinical research, best told in the dark, with a flashlight nearby and halloween candy in abundant supply.

At the University of Pennsylvania, a curious matter arose a fortnight ago. Not much tied to COVID, no! It was politics, that dastardly art, that’s where this story ultimately got its start.

Politics, like sausage making, is haunted by processes many wish not to explore. But, the spooky halls of politics must be entered now like never before. Medical researchers watch the frightening terrors on C-SPAN, where science goblins eat their research plans. Politics of late ensnares more than just a random medical research team. Just ask Dr. Anthony Fauci, he’ll let out a primal scream. Some of these frightening tales are well known, but today I’ll relate a small story about codes for the phone.

Phone numbers, It has to do with phone numbers, nothing seemingly too profane! Lend me a quiet, safe moment to explain.

Since 2018, the University of Pennsylvania’s researchers have used special tools, offered by iConnect, a patient recruitment platform, how cool! They accelerate research enrollment with this nifty software, never considering why they ought to beware! Now, iConnect’s campaign tracker is of considerable worth, bringing many researchers genuine mirth. These iConnectors use trackable assets: phone numbers and web links, great tech facets! Drop the assets into an ad, and oala, you get real-time metrics, not bad!  But recently, something happened. It was a mystery unsolved until TrialX got involved.

You see, a researcher discovered the number she used was no longer from Philly, so she got confused. And others too, would find their recruitment campaigning launched beyond the Alleghenies. And they were quite worried they might not recruit, until clever iConnect coders did something astute. Proving to be worth their lumber, the engineers ghostbusted the vanishing of local numbers. So, what happened to these numbers? Do you wish to know the full story? Beware! It can be fictitiously gorry.

It was the presidential campaigning and down ballot pols, they caused a disturbance with their robocalls. This desertification of digits they wrought, made researchers, for a moment, distraught. A senior political campaigner and a reliable explainer, told us it is the election of the next president causing the numbering system to be nearly spent! The ghostly removal of so many numbers across the nation, was felt acutely at this Philly research station. Millions of phone numbers bought for an electoral prize, zeroed out the available supply for area code 215. Now, all is clear. TrialX digital ghostbusters eradicated the error, ending the brief reign of numerical terror. While numbers may be zeroed until election tremors subside, iConnect has soften the outbound ride. New numbers will be auto-assigned with each study’s regional proximity in mind. Volunteers will not be confused, nor need to be disabused of erroneous notions and ready to join in testing your potion.

And finally back to our wonderful recruitment platform, which we expect will soon be an academic norm! For, at UPenn alone, 3000 connections have been made by phone!

And, so you have it, Halloween goons! The halloween mystery solved, disaster narrowly averted. Now go get involved, for research, efforts must be exerted!

When TeleGhosts Haunt is a Halloween Tale, loosely based on recent events involving the patient recruitment management system iConnect, and a few stellar clinical research teams at the University of Pennsylvania.