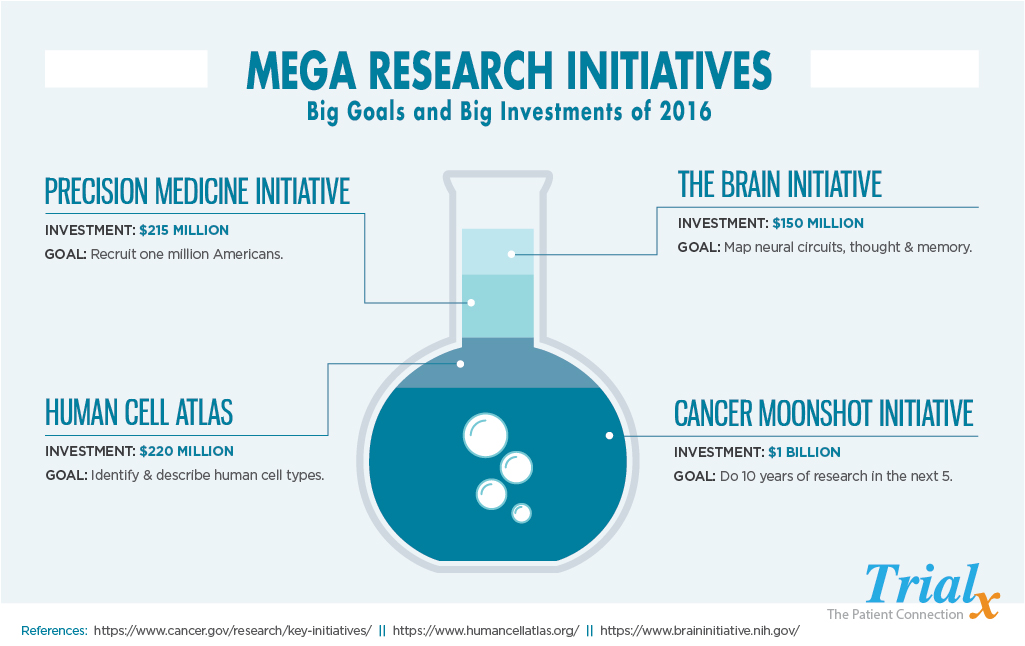 Many new and exciting mega research initiatives caught our attention in 2016. These research initiatives taken during the Obama presidency with continued support by the Trump administration have the potential to change the face of healthcare and clinical research in the coming years. Let’s have a look at the mega projects with big investments and bigger goals to keep track of in 2017.

These are indeed big investments. To what extent their goals are met is yet to be seen. TrialX will closely follow these initiatives to observe the impact of their efforts on healthcare and clinical research.