The Appbakery team at TrialX is working round the clock to make these active tasks available on android. Using ResearchDroid (Android port of ResearchKit developed by Applied Informatics), the team has successfully made four of the active tasks android compatible.

In the tapping task the user rapidly alternates between tapping two targets on the touch screen. The resulting touch data can be used to assess basic motor capabilities such as speed, accuracy, and rhythm.

The screenshots below show an example of a tapping speed task. 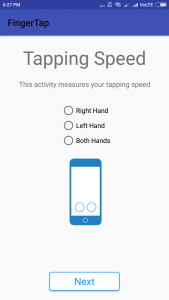 In the Stroop test, the participant is shown a series of words that are displayed in color, and must select the first letter of the color’s name. This test measures selective attention by asking participants to focus their attention on one stimulus and ignore another.

The screenshots below show an example of a Stroop test active task. 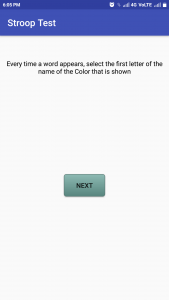 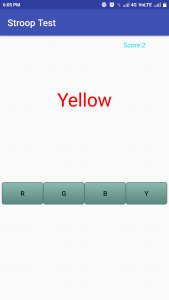 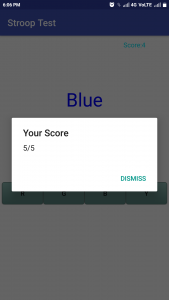 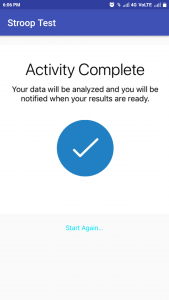 In the range of motion test, participants follow movement instructions while accelerometer and gyroscope data is captured to measure flexed and extended positions for the shoulder or knee. Doctors use Goniometer, but we can put our mobiles to our knees and joints to detect range of motion. This test lets you measure both the flexed and extended positions for the shoulder and knee. When participants are ready with their device in the proper position they can simply tap the screen to indicate they are ready to proceed. As users complete the test, data from the accelerometer and gyroscope is recorded.

The screenshots below show examples of range of motion tasks for knee. 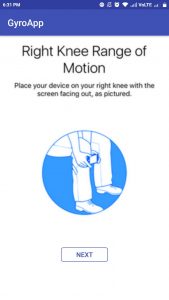 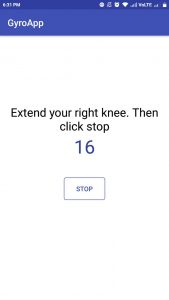 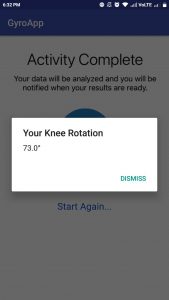 In the spatial memory task, the user is asked to observe and then recall pattern sequences of increasing length in a game-like environment. The task collects data that can be used to assess visuo-spatial memory and executive function. The span (that is, the length of the pattern sequence) is automatically varied during the task, increasing after successful completion of a sequence, and decreasing after failures, in the range from minimum Span to maximum Span. The game finishes when either maxTests tests have been completed, or the user has made maxConsecutiveFailures errors in a row.

The results collected are scores derived from the game, the details of the game, and the touch inputs made by the user.

The screenshots below show an example of a spatial memory task. 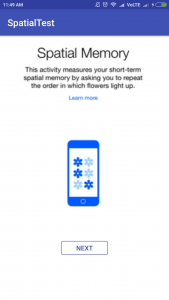 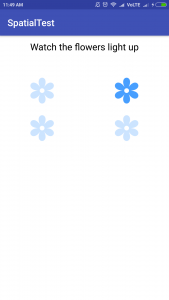 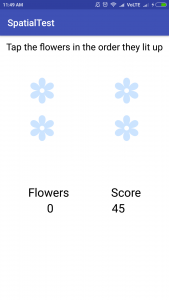 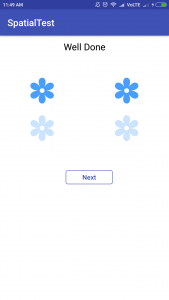 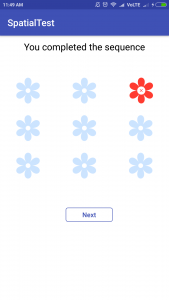 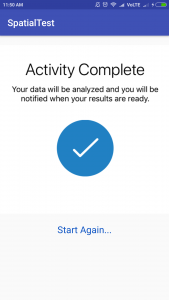 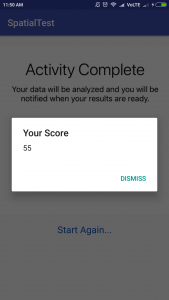 Priya is Scientific Media Editor at Applied Informatics/TrialX. She hosts and manages CureTalks, an internet radio talk show on healthcare which brings together experts and people on the same platform engaging in ‘Discussions for Solutions’. She holds masters in Microbiology, degrees in Patent Law, Media Law, and certifications in Writing in Sciences from Stanford University, Content and Marketing from Hubspot Academy and HR Management from IIM Bangalore, India. She has extensive writing experience with a focus on cancer research, nutrition, and alternative therapies and presents a varied view on healthcare and associated domains. She is also a guest columnist at The Week.