Alzheimer’s Disease and Frontotemporal Dementia – Where are We in Finding a Cure?

You are 20 miles away from home. All of a sudden you remember, you forgot your wallet and driver’s license. You went back all the way home only to find your wallet in your car. You met somebody interesting one day who you thought you can never forget, and the next time you see them, you struggle in your head to remember their name. This seems to be a problem many people are facing and seems to be increasing by the bounds. Most of us are worried about getting Alzheimer’s in old age. Imagine the pain of your mom or dad asking you “who are you?” Losing memory early on in the 30’s and 40’s is yet more worrisome. 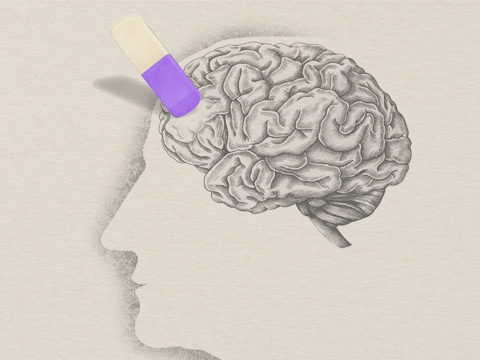 Why does this happen?

Scientists believe that neurodegenerative conditions like  Alzheimer’s and fronto-temporal dementia (FTD) are caused by a mix of lifestyle, genetic and environmental factors. As we age nerve cell degeneration occurs as a natural process. The root cause of Alzheimer’s has not been found to be any different from what Dr Alois Alzheimer’s found in 1906 as those plaques and tangles in the brain of a women who died of mental illness.

The theory still holds that neurodegeneration reflects mis-folded proteins accumulating in our brains. Although memory loss is the more commonly or earlier known effect of this abnormal accumulation, depending on where in the brain this process is occurring, different kinds of symptoms like difficulty speaking, hearing or thinking are seen. The symptoms worsen with time as accumulation continues.

What are some of the risk factors to be aware about?

In a talk with Dr David Wolk and Dr Murray Grossman of Penn Medicine we found that the biggest risk factor for Alzheimer’s disease is genetics. According to Dr Wolk, the apolipoprotein E gene, especially the E4 variant of this gene is associated with a two fold increased risk of the disease. “If you have two apoE4 genes, which is actually quite uncommon, you have a, maybe even five to 10 times increased risk of the disease” he says.

A lot of cerebrovascular and cardiovascular risk factors like high blood pressure, high cholesterol, obesity and diabetes are also contributors. The doctors shared some interesting ongoing research presented this year at the Alzheimer’s Association International Conference. An interesting study by a scientist at Penn Medicine, showed that more aggressive blood pressure management in middle age and older adults seems to reduce the amount of brain vascular disease changes that is very common with aging and also reduces transition to more significant cognitive impairment. Dr Wolk believes this “maybe an important public health initiative for reducing cognitive impairment with aging.”

He says “I think we, as a field are not quite where they are in cardiology where we can have a risk score that we could give someone. But I think we’re very close to getting to that point. And there are some calculators out there for determining your risk.”

You can listen more on latest research in the field in this section of the talk here:

Are there any medicines to stop the decline?

There are no medicines yet out in the market that can stop Alzheimer’s disease. But our medical fraternity is working tirelessly to find one. Very promising and compelling study results were shared at the Alzheimer’s Association International Conference on a drug BAN2401 that was developed by Eisai and then was bought out by Biogen.

This drug is an antibody that’s given to people through infusion that binds to Beta-amyloid, the protein that builds up in the amyloid plaques of Alzheimer’s patients and is thought to be a driver of the disease. Data clearly showed that the drug removed plaques in a dose dependent fashion. Based on before and after scan done on these patients, almost 80% patients had no more evidence of amyloid plaques after treatment. In fact what was exciting is that the patients treated with higher doses showed evidence of cognitive slowing, with regard to progression of Alzheimer’s disease.

Although the study had its own limitation of sample size and balancing of genetic risk between groups, but at the very least it gives hope of a drug to slow down neurodegeneration in AD and FTD. Biogen is also working on a phase III trial on different antibody called Aducanumab, that also targets amyloid.

Dr Wolk is optimistic and says, “between this prior trial, with Aducanumab and now this newer trial, it seems like there’s signal there that we actually are affecting the course of the disease, which obviously is very exciting to all of us.”

So What Can We Do About It?

Dr Murray Grossman of Penn FTD center explains that many of the things that we see in neurodegenerative conditions like Frontotemporal dementia (FTD) or Alzheimer’s disease really can occur in folks aging normally and healthily.

It can be difficult thing to do he says, but “the trick is trying to figure out at what point these subtle things that we see all the time start becoming more challenging and worrisome.”

He tells his patients to “look for these kinds of changes that are occurring consistently and to the point where they’re starting to interfere with normal everyday functioning and to keep a log. He suggests “bringing these to into your doctor to discuss is, I think the best way to manage some of the detection of early symptoms of FTD and neurodegenerative conditions.”

Listen to Dr Grossman and Dr Wolk sharing the best method/activity to maintain brain health in this video:

What is The Current State of Alzheimer’s Research?

The problem with Alzheimer’s research is lack of participation, more than in most of other disease trials, mostly because people with symptomatic AD need a companion to accompany them to clinical trials, and the one without symptoms are not aware enough to participate. The National Institute on Aging and the Alzheimer’s Association are working on a National Strategy for Recruitment and Participation in Alzheimer’s Disease Clinical Research, a project to launch this fall.

Places like 23andme offer genetic testing to make people more aware and tell their chances of getting Alzheimer’s later on. But Dr Wolk suggests to go this route after conversation with your physician. For people who think they might be at risk but do not have any symptoms, have the opportunity to take part in preclinical trials which will evaluate their risk in a more controlled environment and maybe intervene to solve the problem if needed.

You can find Alzheimer’s clinical trials you or your loved one would like to participate in HERE.

Interesting Queries on Alzheimer’s Cause and Diagnosis Research

Some interesting queries on latest research on Alzheimer’s cause and diagnosis were discussed on the talk by Dr Wolk and Dr Grossman.

Listen to the answers by the experts below:

…and if you wish to learn about frontotemporal disorder (FTD) and how is it different from Alzheimer’s disease watch the following video: