Cancer vaccines are back in the headlines with research teams from Stanford University School of Medicine publishing breakthrough results of immunotherapy studies. Cancer research seems to be experiencing a tidal wave of immunotherapy treatment options; the excitement around the US Food and Drug Administration approval of the first CAR T-cell therapy and then a second one within months, is still afresh. The Stanford teams are taking this to a new level by pressing all the right buttons for a cancer vaccine.

This February, an interesting study led by researchers at the university has shown experimental vaccines as possible treatments for cancers in mice, and the university is starting human trials soon.

The study injected minute amounts of two immune-stimulating agents directly into solid tumours in mice and found that this could eliminate all traces of cancer in the animals, including distant, untreated metastases.

“When we use these two agents together, we see the elimination of tumors all over the body,” said Ronald Levy, MD, professor of oncology and senior author of the study, in the Stanford press release. 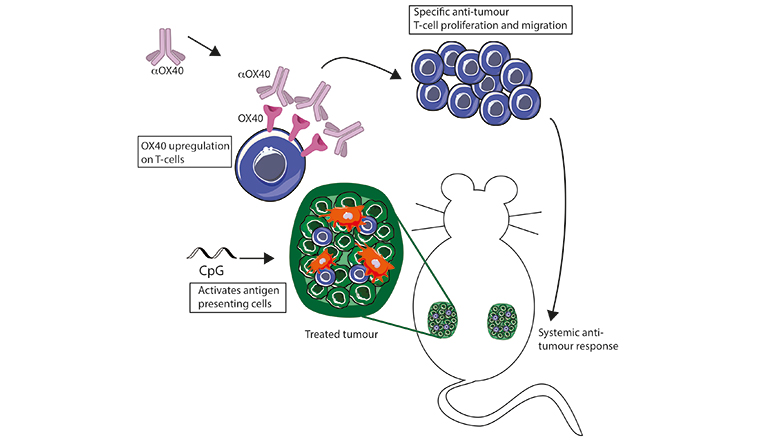 The cancer environment displays a strange kind of relationship with the immune system. Immune cells like T-cells recognize the abnormal proteins present on the surface of cancer cells and infiltrate the cells to attack the tumor. However, as the tumor grows, it devises ways to suppress this activity of the T-cells. 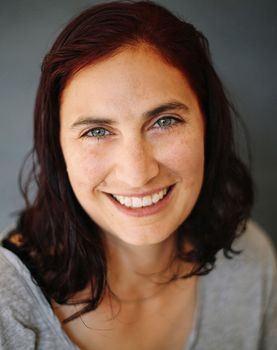 The new method reactivates T-cells and harnesses a much stronger immune response against the tumor. It uses a combination of two molecules; the first is a short piece of DNA or the CpG oligonucleotide causing the T-cells to increase expression of receptor molecules, OX40, and the other is an antibody that binds with the OX40, which activates the T-cells to amplify the anti-cancer response. Dr Idit Sagiv-Barfi, the lead author of the study, explains, “We use a combination of two reagents. The first, CpG, is a small DNA sequence that has properties of microbial/bacterial DNA unlike human DNA. When it is injected into the tumor, immune cells in the tumor sense it as foreign DNA and begin a signaling cascade eventually leading to a local immune response. T-cells are among the cells that are activated, as a result of this activation they increase the expression of a protein known as OX40 on their surface. The second reagent in our combinational therapy is an agonistic antibody targeting OX40. This antibody binds its target, and causes activation of a subset of T-cells known as T effector cells and reduces the activity of a different subset of T-cells known as T regulatory cells (T regs). T regs are suppressors of T effector cell. So, by combining both reagents we are activating the activators and suppressing the suppressors, and this way we switch the balance from an immune-suppressive to an immune-promoting environment.”

One of the most interesting aspects of the study was that some of the tumour-specific, activated T-cells left the original tumour to find and destroy other identical tumours throughout the body, thereby displaying an overall body response.

“The biggest risk of cancer is not necessarily the primary tumour, but the metastasis. For this reason, in our experiments, we implanted tumours at two different sites of the mouse’s abdomen. We treated only one of those tumours with our combination (CpG and an antibody) and monitored the tumour development in both the treated and the non-treated tumour. We found that the combination of CpG and an antibody against OX40 was sufficient to regress the treated tumour and then, a few days later, the non-treated tumour also completely regressed. We waited three months after the mice were completely tumour free and then re-challenged those mice again with the same tumour cells, and none of them developed tumours. They were completely protected against the tumour challenge, meaning that they now had immune-memory against the tumour,” clarifies Sagiv-Barfi.

The vaccine was tested on 90 different mice, and the results were better than expected, with all traces of cancer effectively eliminated in 87 of the mice, including distant untreated metastases. 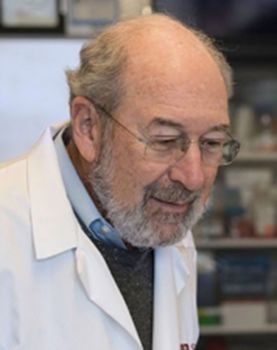 This new vaccine is entering human trials. The plan is to enroll 15 patients with low grade lymphoma. Sagiv-Barfi says, “The reason we chose lymphoma for the first trial is that we have conducted trials with CpG in lymphoma, it is the cancer of the immune system and easier to monitor response in an indolent subset of patients.”

One of the goals of the planned clinical trial is to assess the safety of the combination. Both reagents have already been tested in clinical trials as single agents and were well tolerated. The trial will use one in hundredth of the dose that was used for systemic administration of anti-OX40 since they will be injecting directly into the tumour. This targeted approach may also aid in avoiding harsh side effects.

“We plan to open a new trial to solid tumours if this trial is safe and successful”, adds Sagiv-Barfi.

What is so different about this solution? The study published in the Science Translational Medicine bypassed the need to identify tumour-specific immune targets, or customisation of a patient’s immune cells or activation of the entire immune system. Unlike in methods involving adoptive cell transfer, where there is an actual transfer of cells to the patient that originated from the tumour or engineered to the CAR T-cells and expanded outside the body, the new vaccine study led by Levy and Sagiv-Barfi stimulated T-cells within the patient’s body to cause an immune response against the tumour without the need to transfer any cells.

“This is not a personalized therapy, so hopefully the price tag will not be as high,” says Sagiv-Barfi. If the trial is successful, the treatment could be useful in many types of tumors. The researchers are hopeful that this can be used in future cancer therapy.

This article was first published in The Week magazine dated July 29, 2018 under the title, Taking it to the next level.