Personalized Immunotherapy is the Newest Weapon in the Fight against Cancer 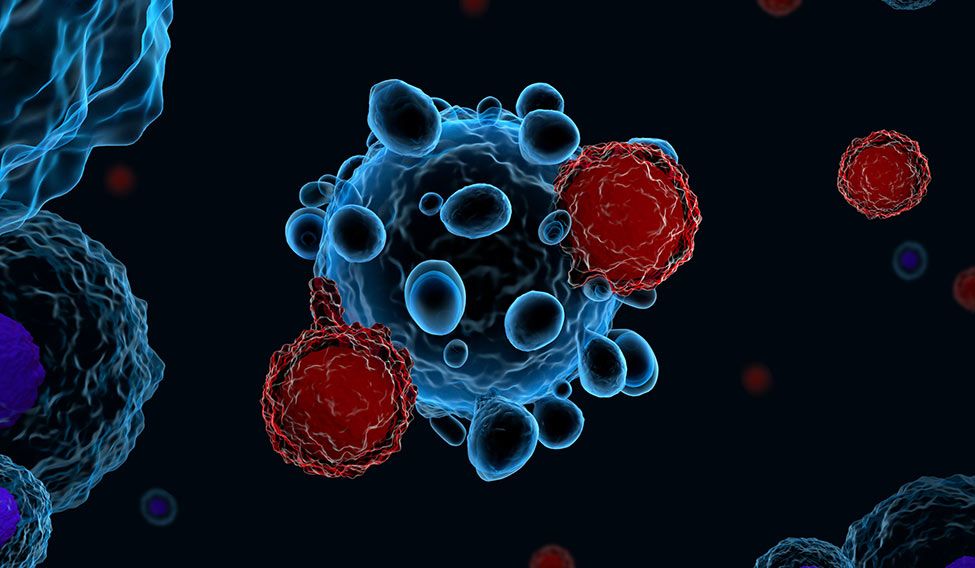 The last year has been a happening one in terms of cancer research and treatment. Two new immunotherapy drugs were approved by the FDA in the US. Oncologists are super excited and many term this as the game changer in cancer treatment.

On August 30th 2017, the Food and Drug Administration approved the first gene therapy treatment in the United States. The therapy initially called CAR-T cell immunotherapy and now named Kymriah by Novartis, is approved to treat children and young adults with a recurrent form of the blood cancer called acute lymphoblastic leukemia (ALL). Close to the first approval, FDA approved a second CAR-T cell therapy in early October. Axicabtagene ciloleucel (Yescarta, Kite Pharma) has received FDA approval for the treatment of patients with relapsed/refractory aggressive B-cell non-Hodgkin lymphoma (NHL) who are ineligible for autologous stem cell transplant.

To understand the significance of these approvals, we need to understand some basic concepts.

What is immunotherapy? and What happens in CAR-T cell therapy?

Immunotherapy is treatment that uses certain parts of a person’s immune system to fight diseases such as cancer. Normally, our immune system is programmed to identify foreign invaders and crush them decisively. But cancer, arising out of one or more mutations in our DNA, is a threat that is deceptive, since these cells cloak themselves in innocent garb confusing the immune system.

In CAR-T cell therapy, every single dose of a treatment is unique and completely personalized to individual patients. That’s because the technology involves extracting a patient’s immune cells, using genetic technology to make them home in on (and destroy) cancerous cells, and then re-inserting these powerful new cancer killers into the patient. Let us seem how Kymriah works.

Kymriah, (which is made by Novartis), isn’t your run-of the-mill pill, like insulin, that can be mass-produced. Since the therapy is made from a person’s own immune system, the process can take about three weeks.

Why is it so different from other cancer treatment and what is the excitement about?

Traditional therapies like chemotherapy and radiation only target cancer cells and tumor themselves. You need different types of drugs depending on the type of cancer, and once you stop giving a person the treatment, it quickly leaves the body or stops working. This treatment, and all immunotherapies to a certain extent, target the person’s immune system and harness it to fight the cancer.

Of course, like all therapies, the therapy is not without its dangers. One of the biggest obstacles doctors and researchers face is handling the immune response that comes with the treatment. When you catch the flu or another type of infection, the fevers, aches, and pains that you get are not from the invading bacteria or virus itself, but from your immune system revving up and fighting against it. The same thing happens with this treatment (and to a varying degree with other immunotherapies, too). When a person receives engineered T-cells, the jolt to their immune system causes extremely high fevers and increases in proteins involved in inflammation. This can be very dangerous. But if the immune system doesn’t generate this massive response, that means the treatment isn’t working. So, doctors are working now to figure out a way to deal with and control these side effects without compromising the effectiveness of the treatment.

The new drug while being effective, is going to ‘cost a fortune’. It is being put on the market with a price tag of $475,000 (4 crore rupees approx.) for a single infusion! ‘Pricing of the drugs is a relative word. If you compare the price of CAR T cell vs Allogeneic stem cell transplant in US, then it is comparable ($475000 vs $500,000 respectively). However, it is costly when you compare with other anticancer drugs’, chimes in Dr. Pankaj Malhotra Professor of Clinical Hematology at Post Graduate Institute of Medical Education & Research (PGIMER), Chandigarh.

So, what’s the cancer immunotherapy scenario in India?

Can it help all cancer patients?

Right now, the drug is approved only for ALL at a small number of cancer centers in the US.  Since leukemia is a cancer of the blood, it’s relatively easy for engineered T-cells delivered via blood infusion to find, invade, and kill the diseased cells. That’s why doctors have been focusing on that cancer, before trying to push the treatment forward for cancers in other parts of the body. Figuring out how to use the treatment on other types of cancer, including ones outside the blood that create solid tumors, is the next big hurdle.

This article was first published in The Week magazine dated February 04, 2018 under the title, The fight from within.