Indians Fighting against Cancer with Rahul Yadav: A CureTalks Interview

Slowly and steadily cancer incidence in India has increased. Causes are many, from the polluted rivers and seas, to carcinogens in the air, from changes in lifestyle to consumption of processed food; India has accumulated all cancer causing reasons. However, the culture remains steadfast where sharing of information is concerned. I was appalled to find that there were hardly any Indians who were writing about cancer treatments in India or any Facebook groups where Indians discussed cancer. Then I met someone online who was a light at the end of this tunnel – Rahul Yadav. 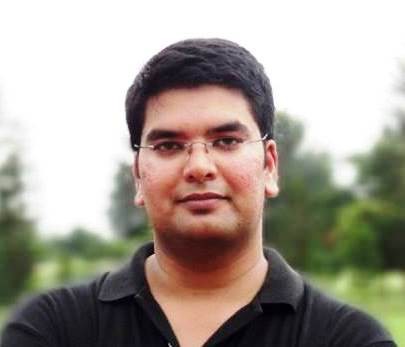 A young adult myeloma survivor, Rahul was at a loss for information when he was handed the myeloma diagnosis. The internet did not help him much and he realized the vacuum of information for cancer patients in India. He started the first Facebook group called Yoddhas – Indians fighting against cancer, for patients/survivors/caregivers in India. And the rest is history. I had the opportunity to interview Rahul, who recently won the UNESCO award for his group and its efforts.

Q: How did you deal with your myeloma diagnosis? Did you find it difficult to talk about cancer when you were first diagnosed?

Rahul: Yes, like anybody detected with cancer, for a few months I was in a state of shock and locked myself up in a room. I was scared and did not want to talk about it to anyone.

But soon I realized after looking at various groups in the UK, US, that’s its ok to talk and seek help and then realized that there is a lot of work that needs to be done in this regard in India.

I then started talking about my cancer. We started having local meetings at the hospitals and then online and we became a large community panning India.

Q: Why did you decide to start a FB group?

Rahul: When I was detected with multiple myeloma in August 2013 at the age of 28, I was in a state of shock and denial. I was hearing about myeloma for the first time and had no clue as to what it was and what it meant.

I immediately started looking for support online and offline. I could not find anything on myeloma in India directly. I found a lot of support groups in the west and realized that they were extremely helpful both for support and informational guidance. With this thought in mind I started with a website and Facebook group initially specific to myeloma fighters in India.

Q: I see that your group is very robust now. Was it difficult to get people to share in the beginning?

Rahul: Yes, extremely difficult because in India cancer is a taboo subject. People are very hesitant to talk about it.

But with time, and through word of mouth, the support network grew and slowly became a go-to place for any cancer related issue. Currently, we have doctors, patients, caregivers in our network who help each other and are one big family. We provide free consultation to patients and also provide financial guidance as well.

Q: In your opinion, why do you think people do not talk about cancer in India?

Rahul:   The reasons are still mostly unknown. We being a very religious country attribute cancer to “bad karma”. People in India don’t even tell their family members sometimes.

Strangely there is this “Stay away from Cancer” thought process too. Some people still feel it’s a communicable disease! And others just don’t want any association with a cancer patient. Even the ones who don’t mind being supportive don’t know much and their knowledge is limited to half-baked information provided on the internet.

I firmly feel that every cancer patient is a warrior. All he needs is a little support and he would fight it through.

And Rahul and his group is leading the way and providing that much needed support. Wishing Rahul the best in his fight!

2 thoughts on “Indians Fighting against Cancer with Rahul Yadav: A CureTalks Interview”